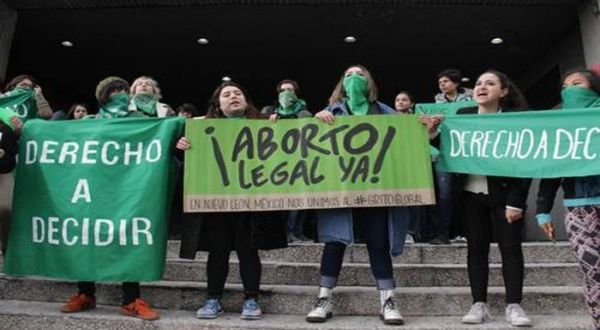 Hidalgo has become the third state in Mexico to legalize abortion after a majority of lawmakers voted on Wednesday in favor of allowing women to terminate a pregnancy during the first 12 weeks.

Sixteen Morena party lawmakers voted in favor of legalization while 11 deputies from parties including the National Action Party (PAN) and Institutional Revolutionary Party (PRI) opposed the legislation but refused to participate in the vote.

One Morena lawmaker formally abstained, while two other members of the 30-seat unicameral Congress were absent.

Mexico City, which legalized abortion in 2007, and Oaxaca, which followed suit in 2019, are the only other states where women can legally end a pregnancy in cases not involving rape, a risk to their lives or fetal anomalies.

Passed amid rowdy opposition from PAN and PRI lawmakers, Hidalgo’s legislation stipulates that authorities must guarantee access to free abortion services for women in their first 12 weeks of pregnancy. The same access must be extended to women incarcerated in prisons in the state, whose capital, Pachuca, is just 90 kilometers northeast of Mexico City.

Women who end a pregnancy after 12 weeks can be fined and imprisoned for up to a year, according to the approved bill.

Pro-choice activists celebrated the results of yesterday’s vote, which came 1 1/2 years after the same Congress rejected a bill to legalize abortion in the first 12 weeks of pregnancy.

Abortion is a highly contentious issue in Mexico, where the Catholic Church remains influential and many parts of the country retain traditional customs and beliefs. However, in recent years feminist groups have become more vocal and persistent in their fight for women across Mexico to have the right to access safe and legal abortions.