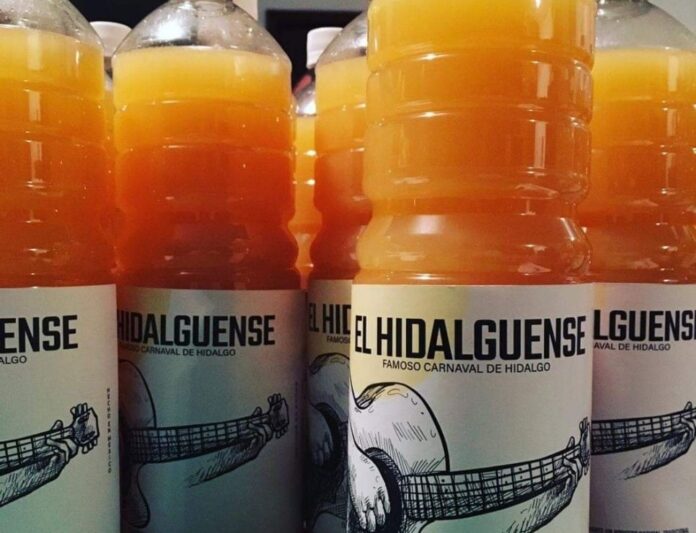 In the municipality of Huichapan, Hidalgo, a traditional drink is prepared that is quite a party. We tell you more about it.

Just three hours from Mexico City in the municipality of Huichapan, in the state of Hidalgo. This so-called Pueblo Mágico has sheltered between its streets, since 2012, a unique drink that has become a symbol in the entity: the Carnavalito.

The party that is drunk The Carnavalito is a drink made with orange juice, white or mezcal tequila, cinnamon syrup, and brown sugar. Although it may seem like a simple drink, the truth is that this traditional drink is a revelation for taste.

The secret? The fermentation process it goes through before being consumed.

In the municipality of Huichapan, Hidalgo, the little carnival is a symbol of identity. There is no store in the historic center that does not sell it, nor is there a tourist who does not try it. Its production is done completely by hand and, although it has only 5% alcohol, just a few drinks are enough to feel the effect of the distillate on your body.

In the festivities of the region, it is common for men to be in charge of preparing the Carnavalito, although women and children also participate. To make it, they first wash, cut, and squeeze the orange.

Once they have squeezed all the juice, they strain it to remove impurities such as seeds or insects. Subsequently, they bring the juice with cinnamon and brown sugar to high heat and, when it has come to a boil, they reserve it in large tinacales “vat house”. The last step is to add the distillate: usually, mezcal or white tequila are the most used.

The huge tinacales or drums used are sealed and left to ferment for 15 to 28 days, to be able to consume the drink.

The place it is common to find it in grocery stores or houses that prepare it in an artisanal way. The price is quite cheap: a liter of Carnavalito ranges between 60 and 80 pesos.

A drink with history According to stories from the residents of this Magical Town, the little carnival originated after the arrival of the railway to this place. Being an arid region, the orange did not arrive easily; It was not until the first railroads were implemented that the villagers were able to enjoy this fruit.

Regarding the origin of the carnavalito, it is believed that it was a landowner who created it. According to the story, whenever he traveled on horseback, he carried a little amphora with tequila and some oranges that his wife gave him. As the flavor of tequila was so strong, it “hid” it with the juice of the oranges. But for him, it was not enough.

In order to avoid wasting time on his journey, he decided to prepare his drink from home by adding orange juice and brown sugar syrup, and cinnamon. This is how the carnival drink arose.

Whether these stories are true or not, the truth is that the Carnavalito is an exceptional drink that you must try.