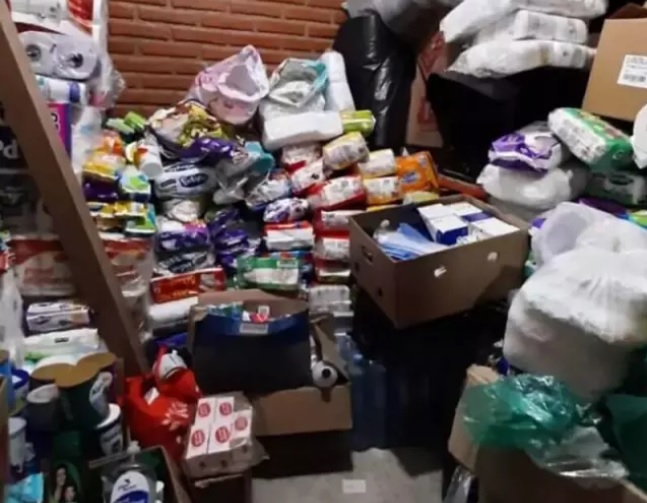 A Hidalgo businesswoman has become a community hero after opening a shelter for victims of flooding in the central state.

When severe flooding affected the municipality of Tula earlier this month, Angélica Maturano was approached by a neighbor looking for a dry and safe place where he and his family could sleep because their own home had been inundated with water.

Despite some initial reluctance, she decided to let them stay at a warehouse-cum-events hall she owns. Other flood victims soon arrived at the makeshift shelter, and Maturano let them in too, seeing the number of occupants swell quickly to a peak of 90 before declining over the past two weeks to the current level of 54.

“This [shelter] was opened by chance; on Monday [September 6] ‘Fili,’ a neighbor, arrived … to ask me for help,” Maturano told the newspaper Milenio.

“The truth is I didn’t want to [open the warehouse] but seeing the anguish on his face won my heart over in the end – I put myself in his shoes and opened the doors,” she said.

“There were about 90 people here the first day [and] those 90 people were given food. My sister Cristina and I took the decision to help … because we saw they didn’t have anywhere to sleep. … I thought that … the water would go down, we’d clean up like on other occasions and we’d all return to our normal lives [but] that hasn’t happened. We’ve been here 15 days,” said Maturano, who has provided mattresses and blankets to the shelter occupants.

She and her sister have also passed on donated food and medications to Tula residents whose homes weren’t as badly affected by the floods but nevertheless lacked the essential items they needed to survive.

Maturano said the homes of some of those taking refuge in the shelter sustained flooding damage that is so severe that they will never be habitable again. She also said that residents are living in fear due to the risk of more flooding.

“We’re living in fear, in desperation because a lot of people were left without a home and without work, and because there’s been four flooding alerts in 15 days,” Maturano said.

“I’ve gone to the [flooded] homes and schools and I come back crying because … I see the devastation and I say ‘that’s not the Tula where I grew up,’” she said.

“I call on the federal government to support those people who have lost everything. … their homes, their businesses.”