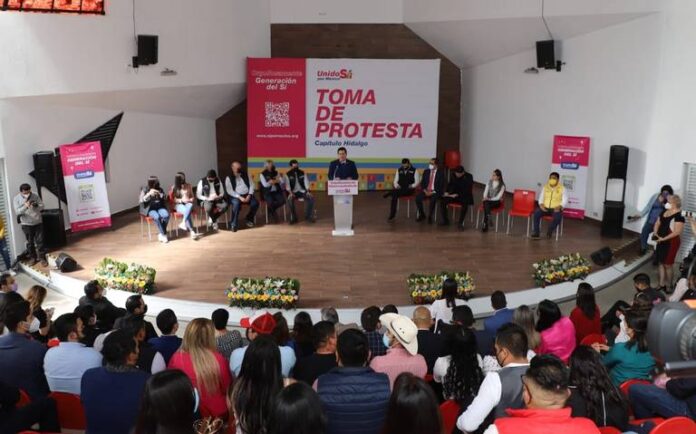 “Saving Mexico or losing Mexico begins with Hidalgo on June 5, the day of the election for governor”, stated the Mexican businessman and founder of “Si Por Mexico”, Claudio X González, when attending the protest of this organization, Hidalgo chapter, headed in that state by Juan Pablo Beltrán Viggiano.

In his participation, the businessman reflected on the current conditions of the country and assured that although there have always been bad governments, none compares with the current one, where the priority was presumably the poor, and paradoxically, the number of people in extreme poverty has increased by 5.5 million ever since AMLO took office.

For many experts, this is exactly what the Mexican President wants, more poor people depending on his social programs, which is his way to control the masses.

“This is for Mexico, we have the worst government, and it’s not presumption. We have to stop it and we have to stop it together, there is an economic, social, educational, security, and health crisis in our country. We have a president who is destroying Mexico and that wastes enormous economic resources on its own image; the image of the megalomaniac,” Claudio X. Gonzalez said.

The event was attended by youth representatives of the PAN, PRD, and PRI parties, as well as federal and local deputies.

For his part, Juan Pablo Beltrán Viggiano assured that the participation of young people in politics is necessary, because it is worth being an agent of change, and paying so that those who do know how to govern can return to the presidency.

“In this federal government, I see the deepening of old vices, improvised, nepotism, populism, dirty mechanisms of mass control, with a president who does what his finger claims that anyone who does not agree with him, is against him. We, young people, are here to propose, add, build. The present is now”, Juan Pablo Beltrán said.

“We want a healthy and sustainable environment, we want justice, we want substantive equality. A better Mexico is possible.” Juan Pablo Beltrán concluded when accepting and assuming the presidency of the organization Sí Por México, Hidalgo chapter.