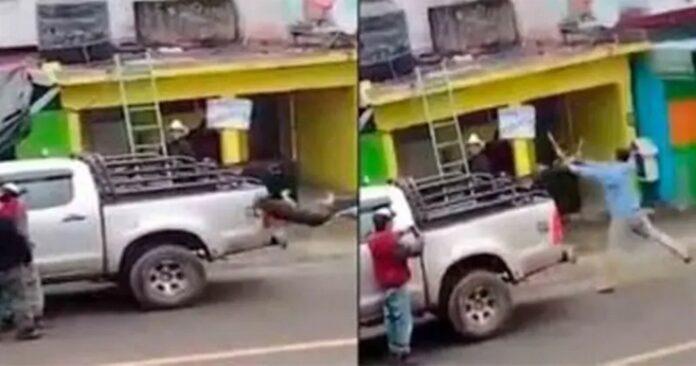 After the case was made known on social networks, the dog’s body was located in a vacant lot located on the Atotonilco-Tlamaco highway, in front of the Colegio de Bachilleres.

Despite the fact that after the events, which took place on February 22, it was said that the 44-year-old subject was detained by elements of Municipal Public Security, on March 10 the PGJE of Hidalgo confirmed the arrest of the aggressor.