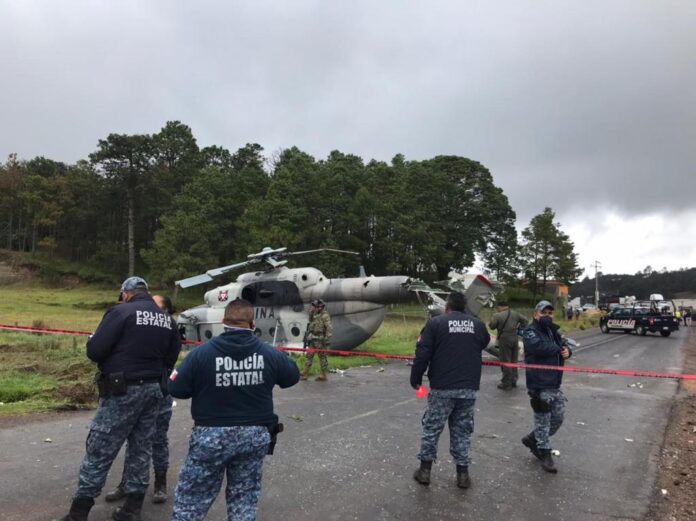 Agua Blanca, Hidalgo — The Secretariat of the Navy of Mexico has reported on an air accident that occurred Wednesday morning with an MI-17 Helicopter. In a press release, the agency says that at the conclusion of an overflight, the helicopter suffered an accident during landing.

The Secretariat of the Navy explained that at the conclusion of an overflight that transported government officials over areas affected by Hurricane Grace, the helicopter suffered an accident while landing.

The accident happened in Agua Blanca, in the state of Hidalgo. A cause for the crash-landing has not yet been officially determined, however, it is been said that the pilot lost control of the aircraft due to a strong gust of wind.

Twenty people were traveling aboard the helicopter when the accident took place. Four from inside received minor injuries, of which three were transferred to nearby hospitals.