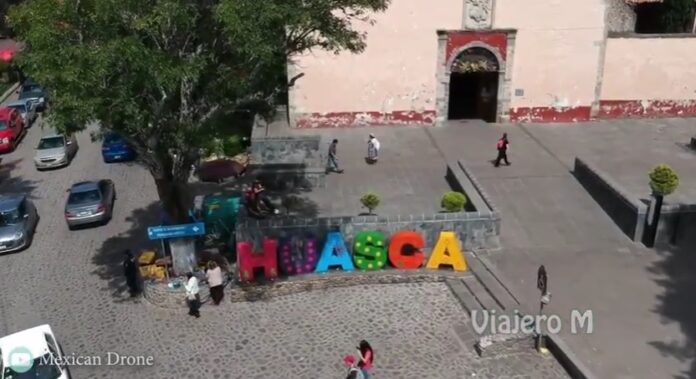 The more I travel through Mexico, the more I love it. This is a small adventure just a few hours from CDMX. These are called the Basaltic Prisms and they are a series of waterfalls near the Pueblo Magico of Huasca de Ocampo in the state of Hidalgo. In English, they are called Basaltic Prisms of Santa María Regla, but I’m guessing that it doesn’t come up very often because there can’t be too many English Speakers that visit this place.

This type of rock is called Columnar Basalt, and it’s really rare. Some other famous locations with this type of stone are the Giant’s Causeway in Ireland, and Fingal’s Cave in Scotland. It’s caused when Lava cools very quickly and fractures. The phenomenon is called Columnar Jointing, and it’s pretty damn cool.
Here, a river eroded into a small canyon and revealed this hidden attraction underneath. It might not be at the top of the Must-See list, but it’s very beautiful. Especially if you are into Geology, Landscape Photography, or Waterfalls. This is a unique combination of a lot of things.

We paid about 50 pesos each for an entrance fee, and you can see the whole place in about an hour, it’s not that big. I’d also recommend arriving really early or really late in the day. It was busy even though it was cloudy, but we basically had it to ourselves at 4pm

This is one of many things to do in this area. We also checked out a really cool viewpoint called Pena del Cuervo that was nearby…

Like I said above, I’m constantly amazed by the wonderful, strange, beautiful places and things Mexico keeps surprising me with. Here’s a playlist of our adventures so far: