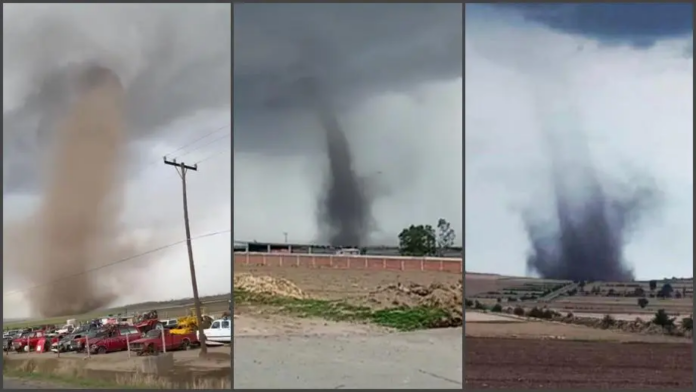 The vortex was formed near the town of Santiago Tetlapayac, Hidalgo

WARNINGS ISSUED for May 16, tornadoes are forecast in Coahuila, Nuevo León, and Tamaulipas, with gusts of wind that could move between 60 and 70 kilometers per hour.

On Saturday afternoon, an imposing tornado surprised the residents of the Almoloya municipality, in the state of Hidalgo.

Through social networks, users shared images of the phenomenon, which was formed around 4:00 p.m., near the town of Santiago Tetlapayac, south of the state. According to the first information, the incident did not cause injuries or material damage, but it did alarm the residents of the area.

The tornado was generated by the confluence of various climatic events. The low-pressure channel that is located in the interior of the country interacted with atmospheric instability and this, together with the strong winds, caused the vortex to form.

According to the meteorologist José Martín, from the Meteorology Mexico website, it was a “non-super-cell” tornado, that is, a phenomenon of a less violent category, which is “common in states in the center of the Republic”. 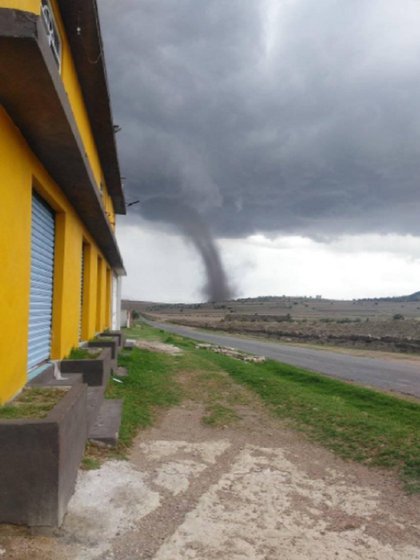 The whirlpool caused no damage, according to early reports (Photo: Twitter) 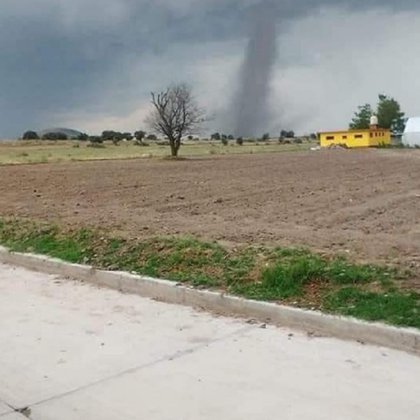 It was a “non-supercell” vortex, that is, a less intense category on the Enhanced Fujita scale (Photo: Twitter)

The National Meteorological Service (SMN) explains on its website that there are two types of tornados. The most dangerous are formed from a superstorm cell.

“Of this type are the most intense tornadoes on the Enhanced Fujita scale, as well as the least frequent, and they are characteristic because the base of the cloud rotates along with them. These need to have a strong wind shear in the entire column of air, that is, that the jet stream is thick enough from medium levels of the atmosphere to generate greater vorticity or rotation ”, explains the climatic organism.

However, the eddy that was registered in Almoloya did not originate from a supercell.

“This type is more common and is regularly in the less intense categories of the Enhanced Fujita scale. In these tornadoes, the spin begins from the earth’s surface, generally caused by intense thermal gradients, ”added the SMN.

In the Fujita Enhanced category there are five levels (EF-0 to EF-5). However, neither the government of Hidalgo, nor the State Public Security Secretariat (SSP), the Undersecretariat of Civil Protection and Risk Management (SSPCyGRHgo) or the National Meteorological Service, reported on the force that registered the whirlwind, or your classification. A supercell would be between the EF-3 and the EF-5. 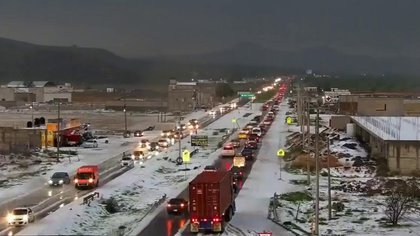 Image of Hidalgo, this May 15, after the heavy hail (Photo: Twitter @SSP_Hidalgo) 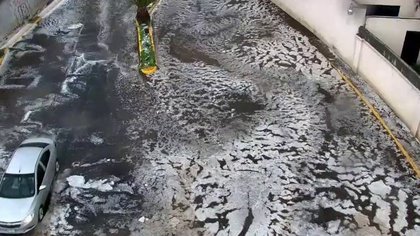 From the SSP, they did share shocking images of the strong hail storm that hit the state. Through their Twitter account, they published images of the main roads dyed in white, to exhort the population to exercise caution, especially when driving.

“Derived from the rain accompanied by hail that was registered this Saturday in municipalities of Hidalgo, the conditions of the roads are different from the usual ones. # DriveWithPrecaution and extreme prevention measures ”, indicated the agency.

For this Sunday, May 16, tornadoes are forecast in Coahuila, Nuevo León, and Tamaulipas, with gusts of wind that could move between 60 and 70 kilometers per hour.

In Hidalgo, no tornados are expected, although showers are expected that will leave accumulations of 5.1 to 25 liters per square meter, and that could be accompanied by hail. The wind will beat at 10 to 25 kilometers per hour, with gusts of 40 km / h in storm areas.