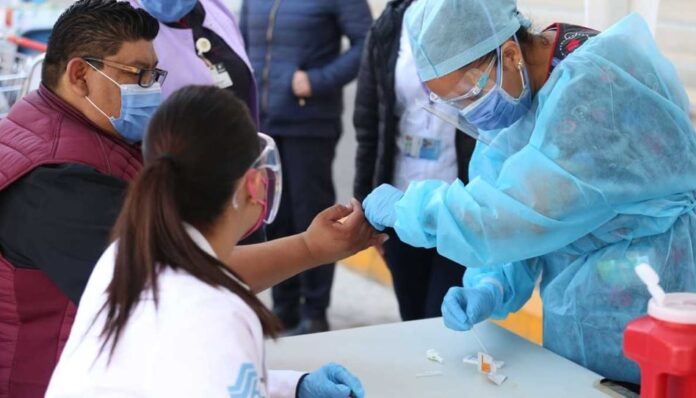 In addition to the British strain of Covid-19 that already circulates in the state of Hidalgo, the State Secretary of Health, Alejandro Efraín Benítez Herrera , announced that two more strains were detected in the entity, B.1.4.2.9 and B .1.5.1.9, in the municipalities of Pachuca, Mineral de la Reforma, Tizayuca and Ixmiquilpan.

He indicated that the Institute for Epidemiological Diagnosis and Reference (InDRE) reported both strains which are indigenous to Mexico and pointed out that at the moment it is not known what their exact behavior is.

“They have nothing to do with the Californian strain, with the Brazilian and South African strain, but it would seem that there are already mutations detected in the Mexican Republic, we still do not have enough scientific, clinical, or epidemiological information to establish what the behavior of these strains is, its degree of contagiousness and its behavior in the face of the vaccines that we are applying in the state, “he said.

He specified that of the B.1.4.2.9 strain there is only one case and the patient is hospitalized, of the B.1.5.1.9 strain, there are 12 cases in total in addition to the 16 of the British strain.

He added that of the strain B.1.5.1.9 five patients lost their lives, “there are five patients who were detected with coronavirus but were also hospitalized, later genetic sequencing was done and this variant was found.”

He pointed out that the fact that older adults are already being vaccinated against Covid-19 is not a guarantee because the state is facing the new strains detected by the InDRE that are indigenous to the country.

He pointed out that the strain B.1.4.2.9 was detected in a female patient, “and at one point the only thing we observed is a single contact with her, a great network of links, but so far none of them have been positive, we have only the index case ”.

He added that in the case of strain B.1.5.1.9 “we have the index patient with a death and another of his direct relatives infected, the rest of his links are asymptomatic.”

He emphasized that a single person may be dispersing not only the original strain but also these mutant strains that can condition health problems not only local “but also put in check not only the state of Hidalgo but the country health services.”