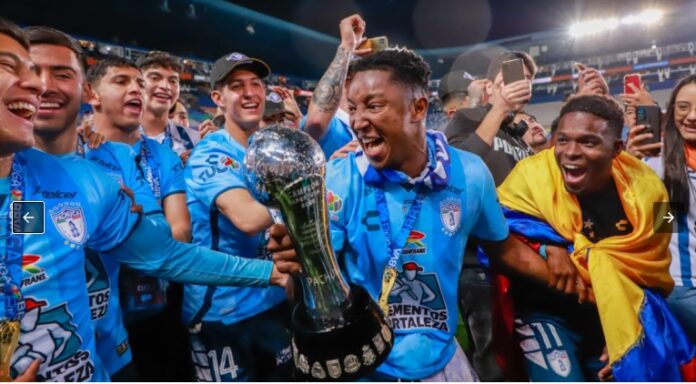 Both stories feature an Uruguayan manager from Montevideo (Diego Alonso then, Guillermo Almada now) utilizing an efficient style of play, a strong foundation through the regular season (8W-6D-3L and 30 points in 2016, 9W-5D-3L and 32 points in 2022) and most notably, a well-balanced roster that featured promising academy players.

Well known in Mexico for producing some of the country’s most exciting up-and-comers — which led to an announced partnership in August with fellow talent architects Ajax — Los Tuzos thrived a handful of years ago with youthful options such as Hirving Lozano, Erick Gutierrez, and Rodolfo Pizarro taking charge as key figures. Before becoming household names, the trio was budding stars that had been given starting roles by Alonso as the team worked their way into the 2016 Clausura final against big spenders Monterrey.

Gutierrez, then at just 20 years of age, wore the captain’s armband in the first leg. Alongside him, Lozano (20) and Pizarro (22) were pivotal in the attacking efforts that eventually pushed them past Los Rayados and to a 2-1 aggregate result that secured the Clausura championship.

For Lozano and Gutierrez, moves to Europe followed, with the former now at Napoli and the latter at PSV Eindhoven. Pizarro remained in North America but increased his stock with additional league championships and individual awards such as a CONCACAF Champions League Best XI appearance in 2018 and a Liga MX Best XI appearance in the Clausura 2019.

With 30-plus caps each for Mexico, the three players are success stories from Pachuca’s academy. During this past week’s final, it was easy to spot the Tuzos prodigies who can become the next luminaries to emerge from Liga MX.

In the heart of the midfield, there has been an enormous amount of intrigue in 23-year-old Erick Sanchez. Shining as one of the top players in the 8-2 aggregate pummeling of Toluca in the final, Sanchez covered an astounding amount of ground with his defensive interventions and playmaking. After making his senior debut with Mexico in the summer of 2021, the midfielder is now in the running for a World Cup spot this November.