The violent act occurred on the Lázaro Cárdenas boulevard, according to reports: the subject was driving a gray Jeep brand truck when he was intercepted by two men on a motorcycle.

The motorcycle crew fired their weapons at the leader, who tried to defend himself and sparked a confrontation. The subject died at the site, as well as a woman who was injured.

According to Excelsior, the assailants escaped from the scene: meters later they skidded, for which they abandoned the motorcycle they were traveling on. 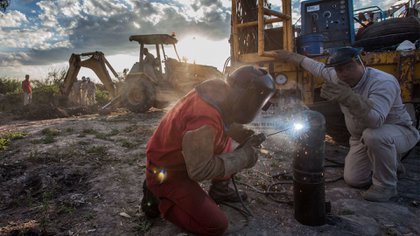 The motorcycle crew fired firearms at the possible leader, who tried to defend himself and sparked a confrontation (Photo: Cuartoscuro)

The attack would be linked to a dispute between two criminal organizations that operate illegal hydrocarbon trafficking in the region, according to police sources consulted by the media.

On the other hand, Antonio Valente Martínez Fuentes , better known El Toñín , has been identified by the government of the state of Puebla as one of the main huachicoleros leaders of the entity.

However, despite his criminal history, this individual has been dedicated since last Tuesday to distribute tons of vegetables to the inhabitants of the neighborhoods on the periphery due to the ravages of the COVID-19 pandemic.

Miguel Barbosa, governor of the federative entity, has reiterated on several occasions that the Puebla police have been working to locate his whereabouts and arrest him, but in several videos that circulate on social networks, uniformed men are shown monitoring the deliveries of El Toñín in the housing units of Agua Santa and San Ramón. 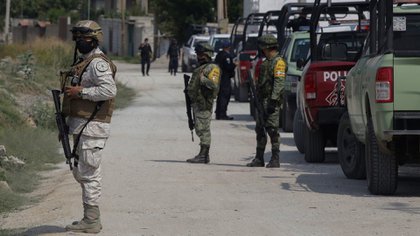 The aggressors escaped from the place: meters later they skidded, for which they abandoned the motorcycle they were traveling on (Photo: Cuartoscuro)

In the recordings, which the same huachicolero leader publishes on his Facebook account, there are women belonging to the Auxiliary State Police, who thank him for the donations that are destined for shelters and public hospitals.

Martínez Fuentes does not appear in the images, but claims to be a “farmer who performs altruistic work”, since the tons of food he distributes are the results of his “harvests” and donations from other producers in Palmarito, Quecholac, a municipality located in the so-called “Red Triangle”.

In one of the clips that are circulating on social networks, a woman is shown giving sacks of potatoes, carrots, tomatoes, and pumpkin.

Due to these actions, El Toñín gained the trust of the settlers. Even in one of his videos, the public is heard cheering him on . In contrast, the Barbosa government awarded this type of delivery to “a political interest” that Martínez Fuentes has to participate as a candidate in the elections of next 2021.

“It is something that must be viewed with objectivity, that man has always had pretensions to assume social leadership, so much so that his brother governs Quecholac, he probably must want to participate in some party,” declared the president.

In 2017, the Secretary of the Navy and the Mexican Army mounted different operations to arrest El Toñín , because in that same year the then Attorney General’s Office (PGR) investigated the Huachicolero leader for a confrontation registered on May 3.

It turned out that he has also been investigated for alleged links with the Jalisco Nueva Generación Cartel (CJNG). In addition, his brother, identified as Alejandro Martínez, is mayor of Quecholac for the local party Pacto Social de Integración.